We are Jim and Jennifer White, and Burnt Mountain Llamas was founded in 2000 with the purchase of our first llama. The original farm was located in Afton, VA near the base of Burnt Mountain, hence the name. After several years we experienced herd growth and the need for more space, so in 2006 we moved to the current location. We are currently located in the Shenandoah Valley, near Mount Solon, Virginia, about 20 minutes from Harrisonburg and 20 minutes from Staunton. After raising llamas for 17 years, we are now raising kids but occasionally still do have llamas for sale with occasional llama births at our farm as well. At one point our herd grew to over 30 llamas, but with all of the projects we have, it became too much to keep up with. Our herd is now maintained at around 10 llamas. 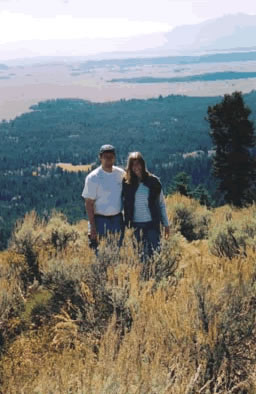 
Our llama journey began one night while we were watching a television show about a bed and breakfast business in Alaska that had llamas. Jim joked about getting one to have at the property we had recently bought. Naturally it seemed weird and Jen was not interested. What started out as a joke became serious consideration when Jim decided to find out more about llamas the next day on the internet. The more he read and saw how magnificent llamas are, the more he was sure he wanted two (the minimum suggested). That curiosity led to what is now Burnt Mountain Llamas. Jen got interested about 4-5 days after Jim, and we bought our first llama less than two months later.


Jim is the Co-founder of LivestockCity, an online livestock farming community for all livestock owners. Jim also runs Llama Genius Web Services, a division of LivestockCity, for creating websites or mobile applications. Some of the other sites Jim oversees include LlamaBreeder.Com and LlamaSeeker.Com, which are sites for those interested in raising llamas and finding current llama breeders nearby.

Copyright ©2017, Design by Llama Genius, a division of LivestockCity.